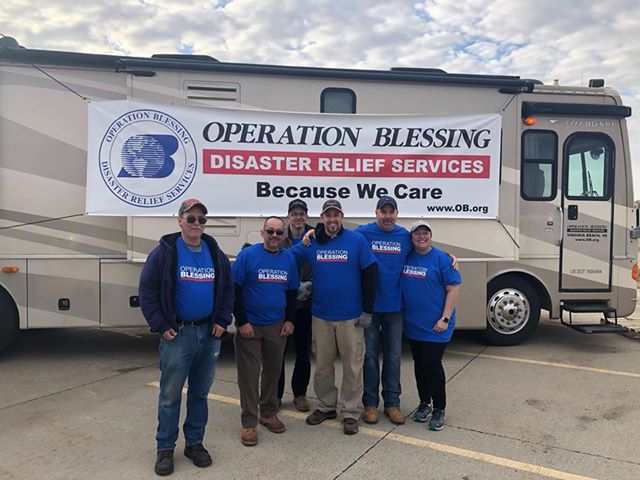 The group, which consisted of team members from our Apple Creek, OH; Dundee, OH; Alburtis, PA; Mechanicsburg, PA and Waterford, NY locations departed Friday, March 29 from airports and roadways across the country and met in Fremont where they stayed for one week. 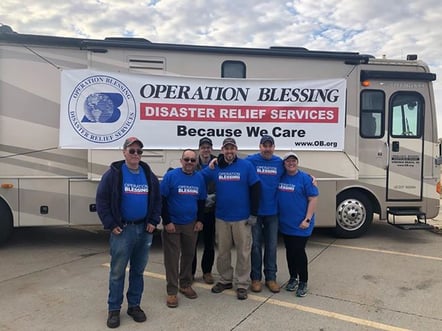 Click the image to view a gallery of photos from the trip.

The team worked with Operation Blessing International, a nonprofit humanitarian organization, to clean mud and muck from basements, tear down drywall and build relationships with residents there in an effort to begin the rebuilding process.

“The work they do for so many people in need when disasters like this strike is selfless and something we at Millwood believe strongly in,” Jones added.

Millwood Cares, a program that was developed to assist Millwood team members with their professional, personal and spiritual growth through four pillars – heart, mind, body and spirit, sponsored the trip.

Upon arrival, they were assigned work orders – a list of homes that were in need of cleanup – for the week across the Fremont area. Jones said they completed three to five per day.

“That’s three to five houses each day,” Jones said. “There’s nothing better than seeing the looks on the resident’s faces when you knock on their door for the first time.”

Dumpsters full of debris and lost memories lined curbs and driveways as they drove to their first home.

”It was an honor and privilege to be sent on behalf of God and Millwood to partner up with Operation Blessing,” said Elizabeth Martinez, the chaplain at Millwood’s Alburtis, PA location. “I enjoyed it, and the team was assigned by God. It was awesome.”

The Millwood team of volunteers finished 19 work orders before returning home on April 7.

“You never know when disasters will strike, but always know there are companies and organizations that care and will be there to assist any way they can when they do,” Jones said. “I’m blessed to be able to work for one of those companies.”