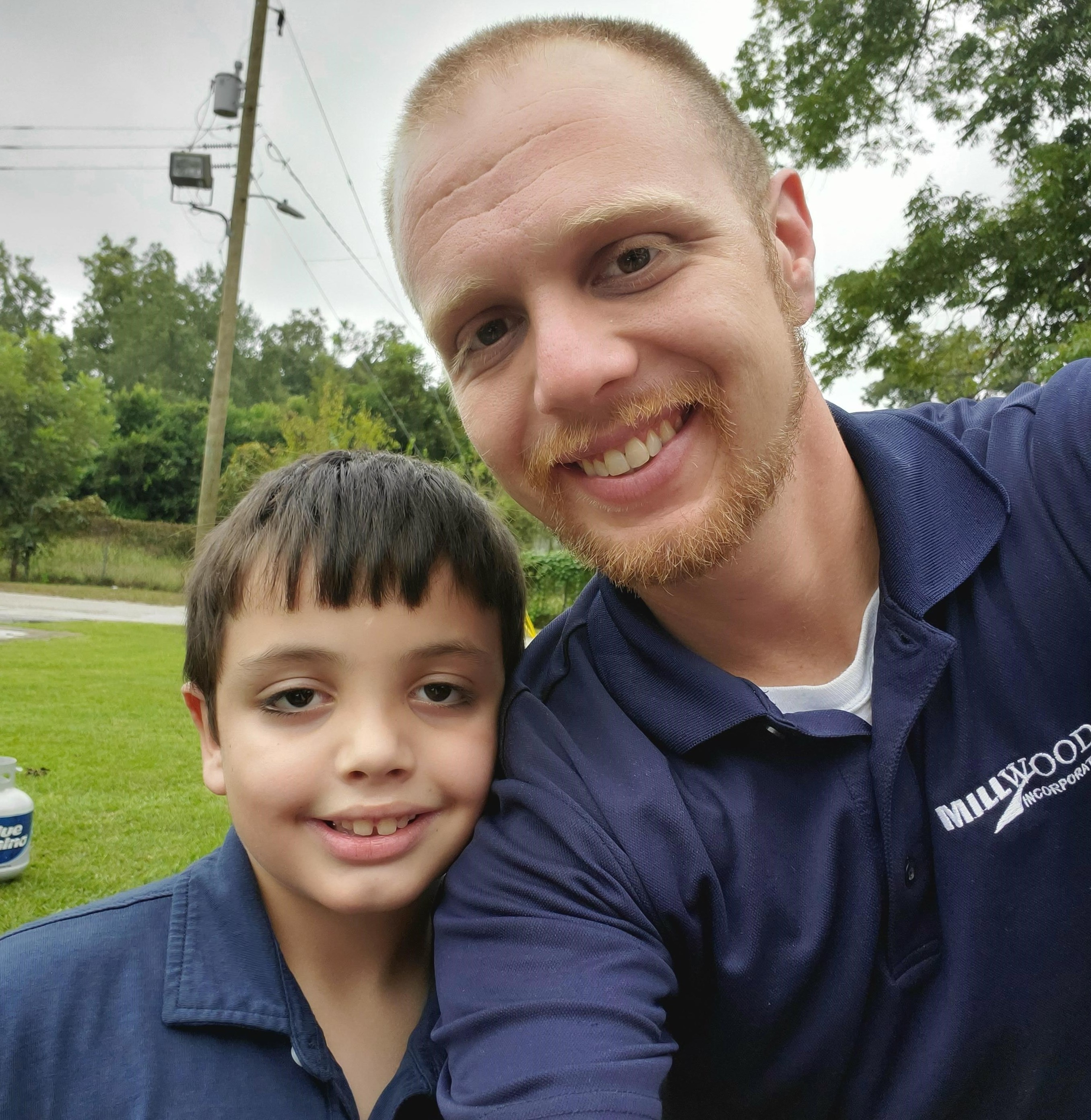 Homelessness is a major issue across the country, and Florence, SC is no exception. The House of Hope has been serving and sheltering those facing homelessness in the Florence area since 1990. Jean and Bill Fryar opened the community shelter after seeing the troubling number of homeless people being turned away from other shelters. They served more than 50,000 meals in 2019 alone.

On September 26, the Millwood facility in Florence was blessed to partner with the House of Hope for a cookout. They were able to feed over 65 people as well as provide them with “blessing bags,” which included facemasks, hand sanitizer, snacks, socks, hygiene items and Bibles. Team members, some of them with their children, were able to share the love of Christ by serving those in need.

“The smiles that were seen on the faces of the attendees were amazing,” said Pastor Jeremy Plowden, who helped organize the event. “Millwood team members were tremendously blessed by the opportunity to serve.”

Todd Ard, second shift supervisor at Florence, attended the cookout with his son. They both assisted the rest of the team in service.

“It was an honor and privilege to work alongside plant manager Matt Rissman and Pastor Jeremy to provide food, fun and fellowship for those who may not be as blessed,” Todd said. “Thank you to all involved for giving my son and I the opportunity to serve as pillars of the Florence community.”

Millwood is always proud of those team members who go above and beyond to exemplify the pillar of servitude by helping members of their community. Those who were served have continued to reach out for spiritual support and prayer.

“We are very excited about the fact that even though the event ended on the 26th, the ministry has continued. Members of the homeless community have been reaching out for prayer, and we continue to pour love upon them," Pastor Jeremy said.

Thank you to all those who participated in this outreach project. Service is an important part of being a member of the Millwood family, and we are blessed to have so many team members who are eager to help others.