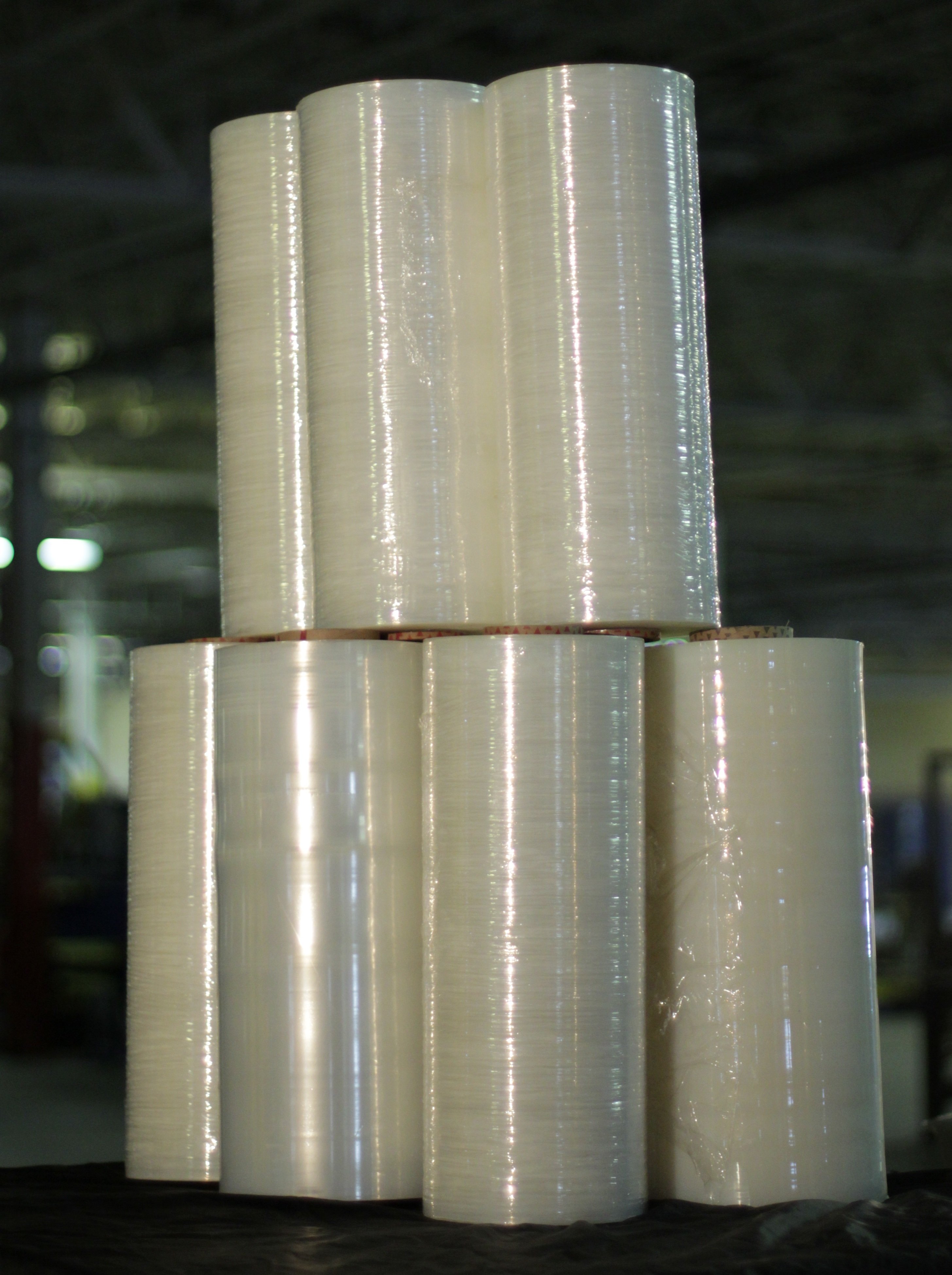 While Millwood is well known for our expertise in wood products and pallets, we also have a team dedicated to our packaging systems and consumables product lines. Our consumables include a variety of products from bulk bags and hood wrappers to strapping and corrugated materials. Our most popular of all those products is our stretch film, so for the benefit of our loyal followers and curious customers, we want to share some of the questions we receive:

1. What is stretch film made out of?

Stretch film starts its life as a collection of small polymeric plastic pellets. The pellets are heated as different additives and resins are poured into the concoction to engineer a unique film recipe. Depending on what the film is needed for, different additives can be used to alter the makeup. Examples of this include using resin that makes the film stickier or adding pigments to tint the film different colors.

Regardless of what is added when making the film, the final product is heated and compressed. Once that process is complete, the film is sliced with a die cut machine, leaving the thin layer of plastic we recognize as stretch film.

2. What is the difference between blown and cast stretch film?

Cast or blown film refers to the extrusion process the film goes through. Each type has its own unique aspects that give it benefits and disadvantages for specific situations.

Blown film is tougher and more resilient, so it is best used when you are wrapping heavy or large loads that need the extra security and safety. The stronger load holding power is related to the high quality design and properties, which make it a slightly more expensive choice. However, the security it offers loads, especially those with sharp edges that can cut cast film, makes it a worthwhile choice in many applications.

Cast film is the less expensive alternative to blown film. Although it is not as tough as blown film, it requires less force to stretch and has excellent tear resistance. It is also much quieter than blown film when unwinding from wrapping machines, and has superior cling capabilities. Cast film is also known for its clarity, so customers are able to see through the transparent film and identify exactly what they are receiving.

3. What is the difference between hand and machine film?

We cover this topic more on our blog “Hand Film vs Machine Film: What’s the Difference,” but it all comes down to how the film is applied. They both offer protection to your product, but using machine film means utilizing a stretch wrapper that can wrap faster (and without risk of injury) for those with large quantities needing shipped.

Hand film is more often used in plants with less load output, as it takes longer to manually wrap. The benefit is that you do not need expensive equipment to apply the film, and the lighter rolls are easier for workers to lift and move. Machine film is usually much heavier and shipped on a pallet with 20-40 rolls in an order, whereas hand film often comes in four rolls to a case. Rolls of hand film are also lighter for lifting and moving, which helps reduce worker injury as they are wrapping products manually.

4. Can you recycle stretch film?

The simple answer? Yes! You will need to check with your local recycling facility to make sure they take the correct types of plastic, but in general, the film can be kept out of landfills and back into production. If your company has a commitment to sustainability, recycling stretch film is a great way to reduce pollution and protect the environment.