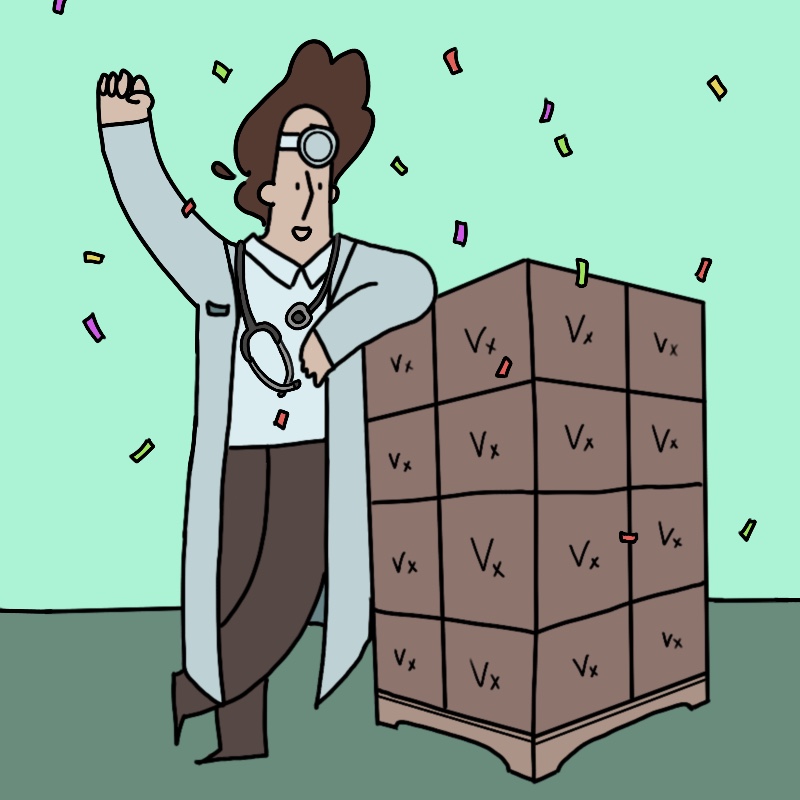 In late September, a long-time Millwood customer approached us for a large-scale project. It required up to an additional 12 loads per week and they needed it as soon as possible. The project? Helping deliver the highly anticipated COVID-19 vaccines across the country.

To remain viable, the vaccines must stay cold the entire time they’re in transit, presenting a challenge to the supply chain. Millwood’s customer manufactures Styrofoam boxes and gel packs to keep the vaccines safe and at the optimal temperature for shipping. The project initially projected 90 million doses of the vaccine, 20 million of which were to be shipped in December alone. The project is anticipated to continue into next year, possibly until the end of the summer.

“We needed to gear up, but we have the resources to make it happen,” Regional Sales Manager Dan McCollum said.

In late October, the customer opened a new, 250,000-square-foot facility, specifically for the manufacturing of the vaccine packaging. From there, military vehicles will transport the packaging to the vaccine manufacturer.

Millwood was a perfect fit for this project, as the required pallet specifications were identical to several other customers’ needs. This also minimized risk because if the project were terminated earlier than expected, the pallets could be sold to our other customers.

“It’s impressive how quickly they’ve been able to pull this off,” Dan said. “Everybody said it was impossible, but this is being done in six months.”

Executing on an effort of this scale and importance requires a coordinated effort every step of the way, from the creation of the vaccine to the crucial distribution to hospitals and everything in between. Every element of the supply chain must be functional and efficient, and that all starts with the pallet.