We all know that to do a job right, you need the right tools for the job. A nail gun may do an excellent job fastening a pallet together, but if you’re trying to cut a piece of lumber the best nail gun in the world won’t help nearly as much as a plain old saw. 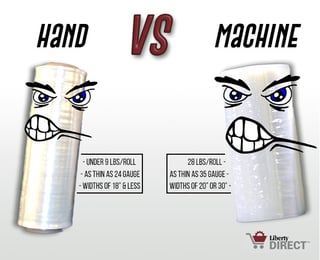 If you have any questions about what film is best for you, let us know! We’re always happy to share our packaging knowledge. If you already know what film you need, check out Libertydirect.com for your small quantity orders.